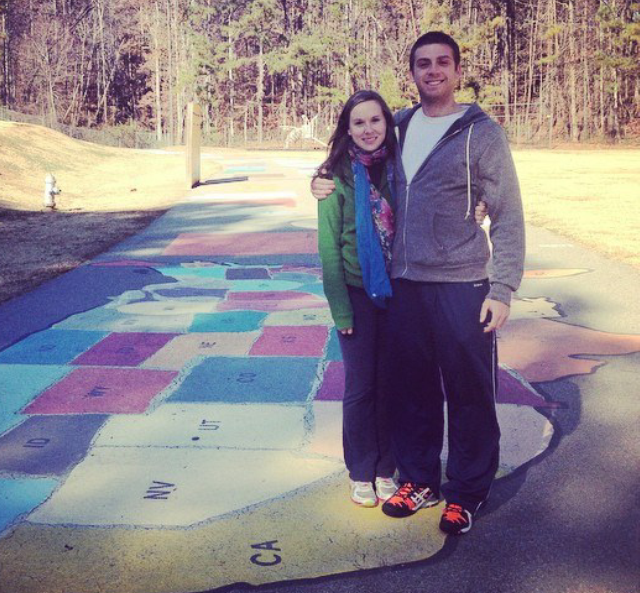 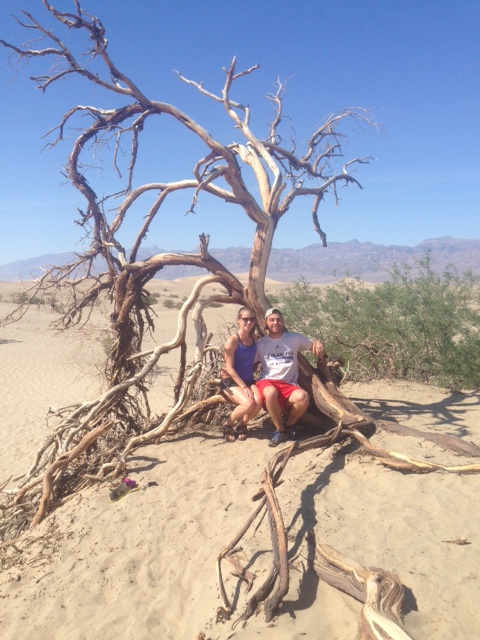 An Elantra, having seen many better days, pulls up to the curb outside its owners’ apartment building.

“What’s up bro?” Josh shouts, jumping out of his car.

It’s past midnight, and Riley and I have been awake since the Catalina sunrise 17 hours prior.

Riley and I grab a few essentials out of the car before shuffling upstairs to the familiar 2nd-story apartment. We take turns showering, leaving a thick layer of grime on the bottom of Josh’s bathtub. Our skin appearing 8 shades lighter, Riley and I plop down on our inflated air mattress, centered in Josh’s living room, and shut our eyes for the night.

In the morning I get a chance to speak with the newest resident of Josh’s apartment, Buckwheat. Buckwheat, a fellow hip-hop artists, recently replaced Dustin as Josh’s roommate. While I try not to judge, I don’t get the greatest vibes from Buckwheat. Beside the fact that he hasn’t paid Josh a dime for rent, Buckwheat has been generously offering Josh’s apartment as a party and sleeping pad for all his “homies.”

Shortly after noon, Riley and I are back on the road. Our next stop is Death Valley National Park. After leaving the city, the roads free up significantly. We pass desert and more desert. The towns become smaller, as do the gas prices. As per usual, Riley’s eyes swiftly close and the sound of her breathing intensifies. This gives me time to relax and let my thoughts flow freely. Crap, I think to myself. Tonight’s the fight. While having had my phone on airplane mode for the past two days, I completely lost contact with the outside world. As a result, I nearly forgot about the Manny Pacquiao vs. Floyd Mayweather fight taking place tonight. This is the Fight of the Century, for goodness sake.

“We need to find a town between here and Death Valley,” I tell a newly awaken Riley.

After explaining the situation, I pull the car over and allow Riley to take the wheel while I search my phone for a sports bar televising the fight. Being nearly 200 miles away from Death Valley, you’d think it’d be a piece of cake to find a suitor, right? Wrong. Only two, somewhat prominent towns remain along this route. I call every bar within both towns to no avail. Half of these so-called-bar-employees don’t even know who Floyd Mayweather is. After exhausting nearly every option Google has to offer, I’m referred to Tommy T’s in Ridgecrest, CA.

We arrive a few hours before the fight. With time to kill, Riley and I meander through the streets of this tiny town. A Rite-aid and a closed-down Wendy’s make up the highlights. “Why don’t you get your hair cut here?” I ask Riley, pointing to a narrow building with the words “Hair Salon” hand-painted in an arch along the glass window. Riley had mentioned needing a haircut quite a few times over the past month or so.

I peer through the window at the upright woman with straight, black hair hovering over a young male with spikey hair. She snips at his mane with elegance and precision. “Yeah,” I reply. “It’s just a trim, right?”

We take our time walking the span of the town (2 blocks) from the hair salon to Tommy T’s. We take a seat at a high top table positioned in the center of the half-empty bar and attempt to track down a waitress. We finally get the attention of a woman, appearing in her early 40’s, with greasy highlighted hair, thick red lipstick pasted on her displeased facade, and a splash of belly protruding from beneath her Tommy T’s tanktop.

“Ya?” she asks, looking around the shop, as if she’d rather be anywhere rather than beside our table.

Stranger words have never been uttered here. “A what?” the woman asks.

“A menu. For food,” I respond, confused by the confusion.

“We don’t have that,” the woman responds, smirking.

“Is there anything to eat here?”

“Nah,”: she says, taking a step away from the table. She stops mid stride and looks up to the ceiling, as if attempting to remember a long-forgotten lyric. “Actually, yeah. We got some food out back. We got wings, a cheeseburger and chicken fingers. Which ya want?”

An image of the feast ahead of us nearly makes me change my mind about dinner. But my rumbling stomach says otherwise. “I’ll take the chicken fingers,” I say. And Riley orders the wings. We also order a pitcher of Blue Moon for $4.95 (now that’s a deal)!

The fight is, well, not that great. Considering these guys are making hundreds of thousands of dollars for every second they stand in the ring, you’d expect a bit more. Pacquiao wins a round or two, but Mayweather is clearly the conqueror. The most entertaining part of the night is watching the crowd. The man sitting beside me, appearing in his 60’s (but likely only 40), ceaselessly curses at the television. “Fuck you, Tom Brady,” he shouts through his two remaining teeth. What Tom Brady has to do with this fight, aside from viewing it from the second row of the MGM Grand, I cannot tell you. The angered man begins to convulse manically as he slams the table with his fist and curses under his breath, “fucking Tom Brady.” His son, appearing to be a miniature version of his father, turns to face his ol’ man. Anger filling this young boy’s face, he harmonizes his fathers distaste, “I can’t stand that mother fucker. Get that fucker off the screen.” Just when I thought this family’s dynamic couldn’t get any more odd, the man’s daughter (who I had previously mistaken to be his wife), with wild eyes and maroon hair down to her hips, begins to openly flirt with the 40-something year old Native American man sitting at our table. With the fight having ended and Riley and I not wanting to witness what may or may not happen between these folk, we leave the bar.

“That sure was interesting,” I say to Riley a few minutes after getting into the car. No response. Riley’s asleep.

We whirl and twirl along pitch-dark roads for the next two hours. About 30 miles from our campsite, I pull the car over to use nature’s facilities. Holy hell, it’s hot, I think to myself the moment my body makes contact with the outside air. I return to my vehicle and check the thermometer. 98 degrees. And the time? 11:30 p.m. Welcome to Death Valley.

Shortly after midnight, we arrive in the accurately named, Furnace Creek Campsite. I set up the tent without the rain cover. A) it doesn’t rain here. And B) we need to keep things as cool as possible tonight. Not bothering to take our blanket out of the car, Riley and I attempt to sleep. We wake up constantly, drenched in sweat. Each time I wake up I take a sip of water from my gallon jug. By the time the sun rises, there’s barely any water left.

Today’s our one full day in Death Valley National Park. First matter of business is more water. We gather all the empty water bottles we can scavenge and fill them with tap water. We then purchase another gallon from the general store, for safe measure. We climb into our car and head to Badwater Basin. Badwater Basin is the lowest point in North America, with an elevation of 282 ft (86 m) below sea level. Interestingly enough, Mount Whitney, the highest point in the contiguous 48 United States, is only 84.6 miles (136 km) to the north west.

Badwater Basin consists of a small spring-fed pool of “bad water,” formed by the accumulation of salts from the surrounding basin. The salts make this water undrinkable, thus giving it the name. Despite the seemingly unlivable environment, the pool has animal and plant life, including pickleweed, aquatic insects, and the Badwater snail. The most fascinating feature at this site are the hexagonal honeycomb-shaped patches of salt stretching as far as the eye can see. This massive field of white makes for a surreal visual.

With the 108 degree sun baking us alive, Riley and I hop back in the car and blast the A/C. Next stop is the natural bridge. We arrive to this site, surrounded by only jagged rock, which seem to stretch for light years. The bridge itself is a half mile hike awake. That’s a half mile too far for us. So we get back in the car and head to the Devil’s Golf Course. This site is named after a line in the 1934 Death Valley National Park Service guide book, stating that “Only the devil could play golf” on its surface. This title makes sense once we witness the large halite salt crystal formations encompassing this area.

We reenter the Acura and head north towards Artist’s Drive, which boasts a handful of miles of stunning rock formations and colors. These reds, pinks, yellows, greens and purples are formed by the oxidation of different metals, including iron, mica and manganese.

Our last two stops for the day are Zabriskie Point, containing miles upon miles of erosional landscape, and the Mesquite Flat Sand Dunes, having starred in many a Hollywood Movie (including the Star Wars series). We snap a few touristy photos at these locations and are well on our way for some much needed relaxation.

We pull into the Furnace Creek Resort and purchase a $5 pass to the natural spring swimming pool. We cool off in the 90 degree water, before drying off and heading back to our campsite to begin cooking dinner.

Not to toot my own horn, but damn – this dinner is absolutely sensational. Keeping steaks on ice for the previous 48 hours pays off, as we now lay these fresh slabs of meat out over the open fire and grill them to perfection. Throw in some grilled corn, broccoli and brown rice pasta and we have yourselves the tastiest meal of 2015. As if we need it, Riley and I pull out graham crackers, marshmallows and a Trader Joe’s dark chocolate bar and concoct mouthwatering s’mores.

Our energy levels expended and our stomachs content, we lie down in our tent and gaze at the full moon glimmering in the distance. Before long we are sound asleep.